For decades, the San Diego County Water Authority has actively assessed a variety of potential solutions to complex ecological and water supply issues in the Sacramento-San Joaquin Bay-Delta, the largest estuary on the West Coast and the hub of massive state and federal water projects that serve tens of millions of residents. 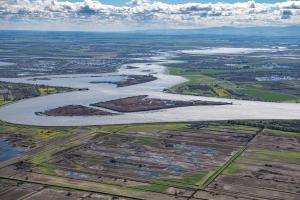 While the Brown Administration was committed to an $17 billion twin-tunnel project to move water through the Bay-Delta, Gov. Gavin Newsom is taking a fresh approach. In late April, Newsom issued Executive Order N-10-19, directing his administration to “identify and assess a suite of complementary actions to ensure safe and resilient water supplies, flood protection and healthy waterways for the state’s communities, economy and environment.” Newsom then directed state agencies to scrap plans for the twin tunnels project in favor of a one-tunnel system.

The San Diego County Water Authority’s Board of Directors in July 2019 unanimously supported Governor Gavin Newsom’s efforts to develop a water resilience portfolio approach that meets the needs of California’s communities, economy and environment through the 21st century and advance a single-tunnel project to move water through the Bay-Delta.

The Water Authority Board made its backing of the single-tunnel proposal contingent on a project financing plan that treats San Diego County ratepayers fairly through the proper allocation of project costs by the Metropolitan Water District of Southern California. Bay-Delta water supplies are delivered to San Diego County only by MWD, which purchases the water from the state Department of Water Resources, or DWR.

The Board action in July followed a note to the governor by Water Authority Board Chair Jim Madaffer thanking him for taking a proactive, far-sighted strategy for water supply planning for California. Madaffer pledged the Water Authority’s help to advance his portfolio strategy for statewide water security in the face of a changing climate and invited him to San Diego County to see what the region’s investments have done to safeguard our $231 billion economy and quality of life.

Historically, San Diego County received significant amounts of water from the Bay-Delta due to heavy reliance on the Metropolitan Water District of Southern California, the San Diego region’s only source of Bay-Delta water. In recent years, however, those volumes declined significantly due to the Water Authority’s successful development of locally controlled, drought-proof water supplies and reduced water purchases from MWD. The Water Authority’s efforts are in keeping with state directives to decrease dependence on the Bay-Delta for meeting California’s future water supply needs.

While its Bay-Delta water imports declined, the Water Authority conducted an exhaustive review of several potential solutions, with dozens of Board presentations and public meetings on the topic. The Board of Directors heard from an array of stakeholders and experts, including Bay-Delta community leaders and elected officials, farming interests, state agencies, independent economists, environmental groups and others.

In 2013, the Water Authority joined several Southern and Northern California water districts, Natural Resources Defense Council, and other conservation groups in proposing a Portfolio Alternative for the Bay-Delta. That proposal included a single tunnel, new water storage south of the Delta, and significant investments in local and regional water supplies. Since then, the state’s water challenges have only become more severe, threatening the state’s vitality, environment and economy.

Click here to read more about the Portfolio Strategy and a letter about it from water agencies.