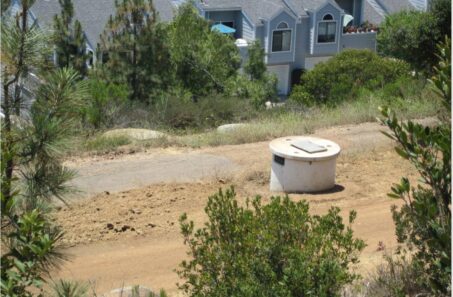 This project replaced approximately 900 feet of two sections of existing pipelines with one pipeline at a lower elevation in the Nob Hill area of Scripps Ranch. The new pipeline was constructed by tunneling and improves the Water Authority’s ability to operate and maintain its pipelines and structures, eliminating the likelihood of a future uncontrolled release of water in this area. The project was complete, including revegetation efforts in the surrounding area, in 2017.