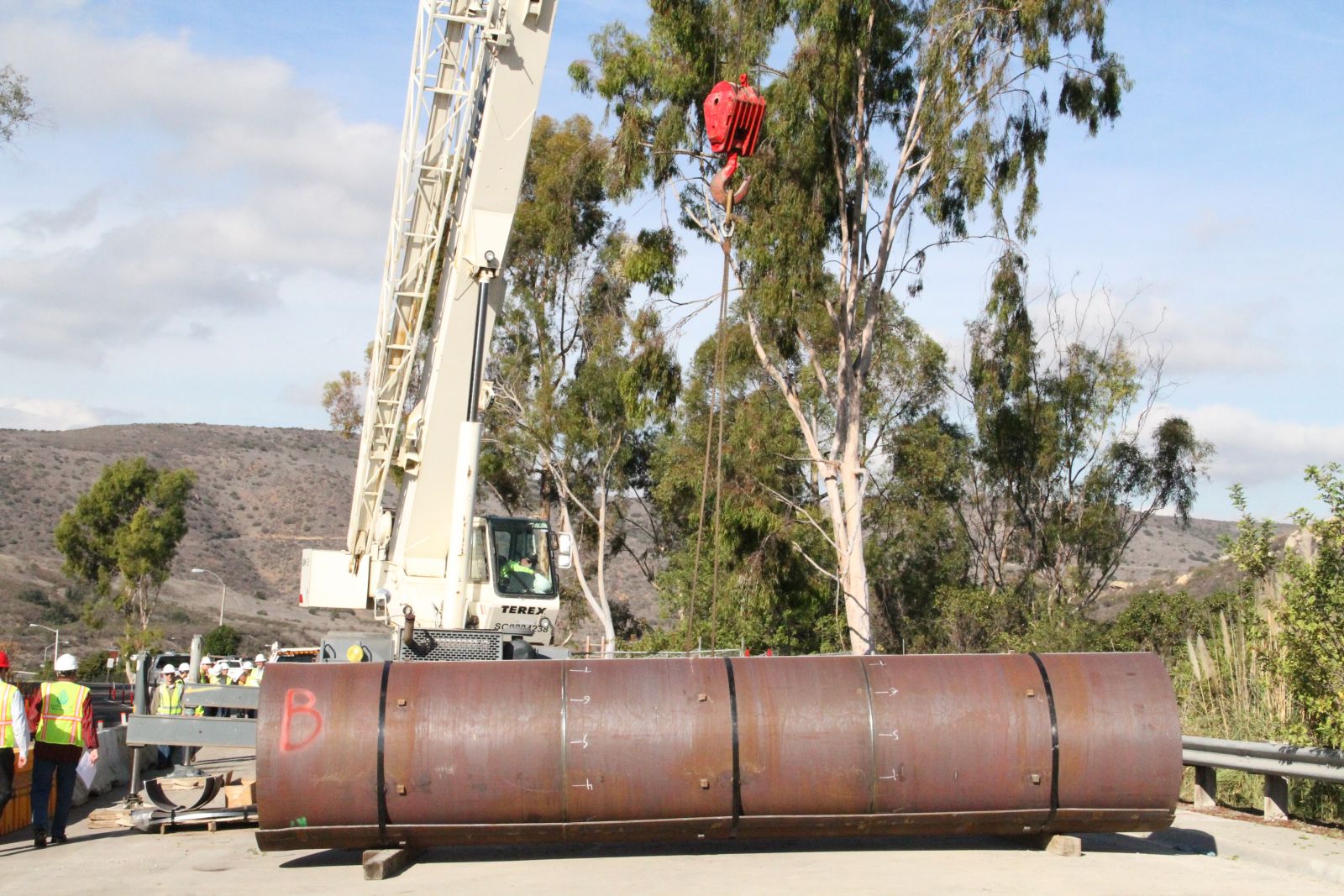 Crane moves a pipe liner into a portal

There is great news for those that live or work near Tierrasanta, San Carlos, and La Mesa – the project’s major construction activities are complete. The contractor finished the project two months ahead of schedule.

The last item that was completed was to restore water deliveries through the relined pipelines. This work occurred from May 5-11 near Lake Murray and the northwest portion of Mission Trails Regional Park.

For more information, click this link to read the postcard that was mailed to residents and businesses along the construction route.

For more information, please see the "About This Project - Details" and "Map" sections below.

Project in the News

Click "About This Project - Details" for links to media coverage of the project.

The San Diego County Water Authority’s pipeline relining project rehabilitates and extends the life of its aging water delivery pipelines. The relining process involves inserting steel lining into the existing pipeline to reinforce it to help prevent water leaks and breaks. This helps ensure a safe and reliable water supply for our region’s future.

Background
In October 2008, Pipeline 4 failed in a fairly remote section of Mission Trails Regional Park, near the San Diego River. After the failure, the Water Authority performed forensic analysis on the pipe and determined that a short section of the pipe needed to be urgently relined with steel. Subsequently, from mid-February through mid-March 2009, the Water Authority relined approximately 1,200 feet of Pipeline 4 north and south of the San Diego River.

This relining project will reline the sections of Pipeline 4 that were not urgently relined. Generally, relining construction rehabilitates segments of pipelines based on their age and the need for improvements. The Mission Trails to Lake Murray Relining Project involves rehabilitating approximately 3 miles of Pipeline 4 beginning immediately south of State Route 52 in Mission Trails Regional Park east of the community of Tierrasanta and continues south to Lake Murray in the community of San Carlos. It also involves rehabilitating approximately a half-mile portion of Pipeline 3 along Lake Shore Drive, south of Jackson Drive, in the community of San Carlos and city of La Mesa.

The construction crews will conduct most of the work underground, inside the pipe, by establishing and entering the pipeline in 11 various sites or portals. Large wooden sound walls will be temporarily placed at portals, as needed, to adhere to environmental regulations and ease noise impacts to residents.

Project in the News

Click the links below to view news coverage of the project.

*All dates, except shutdowns, are approximate and subject to change. Shutdowns may involve nighttime work. 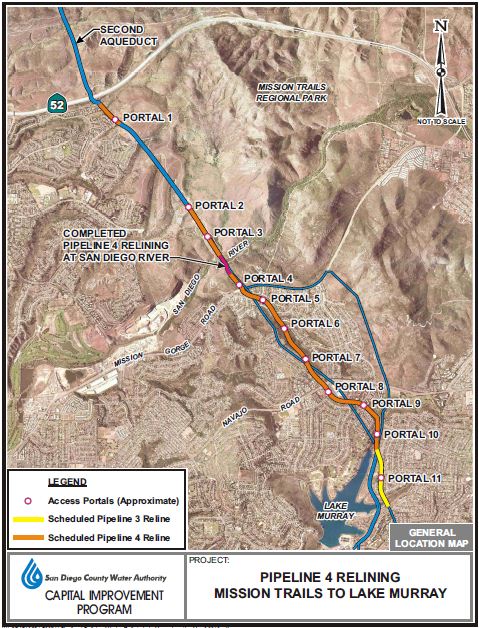 Pipeline relining is conducted in several phases; using portals developed by removing 40-feet of existing pipe to gain access to the interior of the pipeline and to install relining materials. These 11 construction portals remain exposed but are gated and secured during construction. Not all portals are active at the same time, however. Work shifts from one portal to another depending on which phase is under way. The contractors usually work in a north to south pattern. 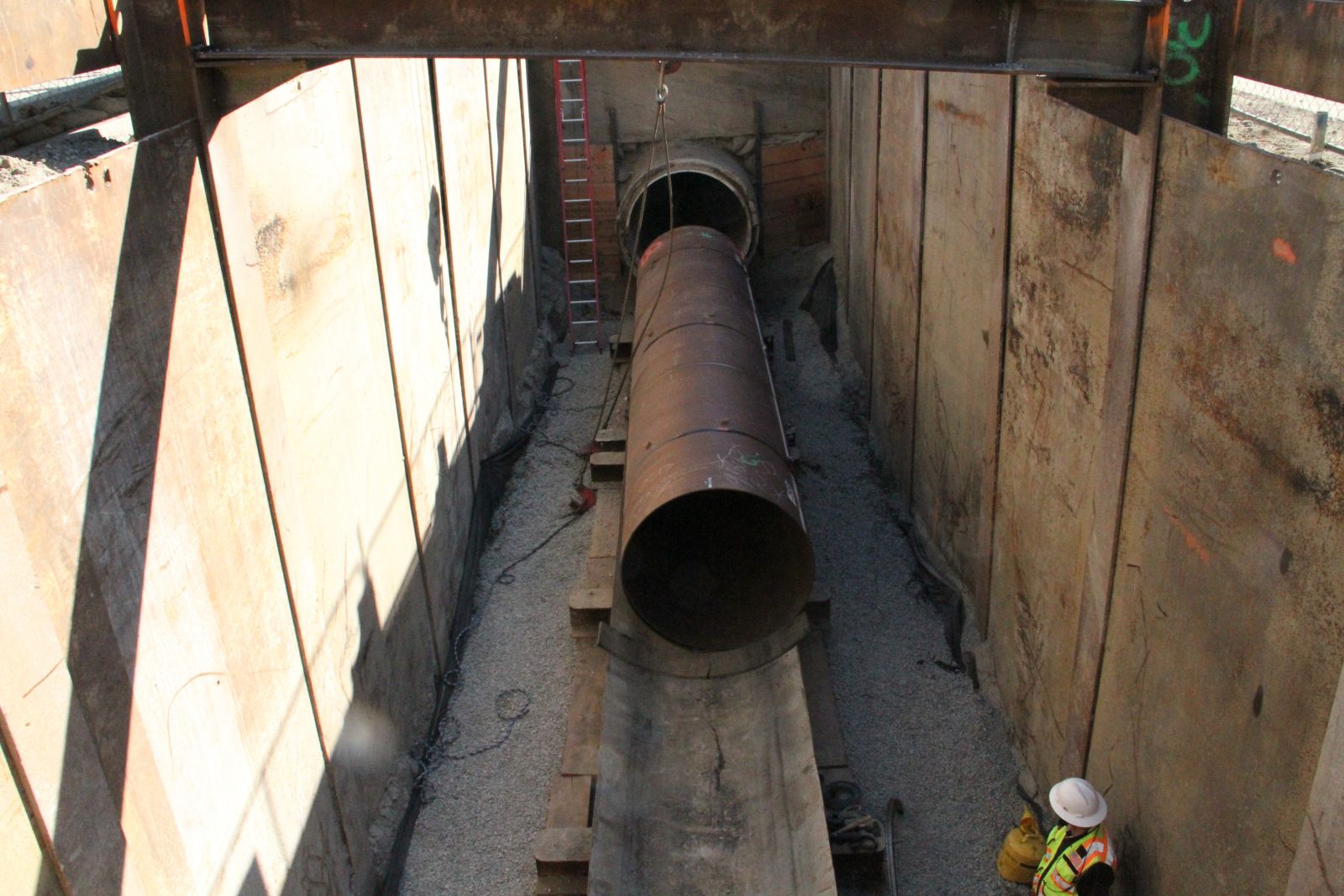 Pipe liner ready to be installed 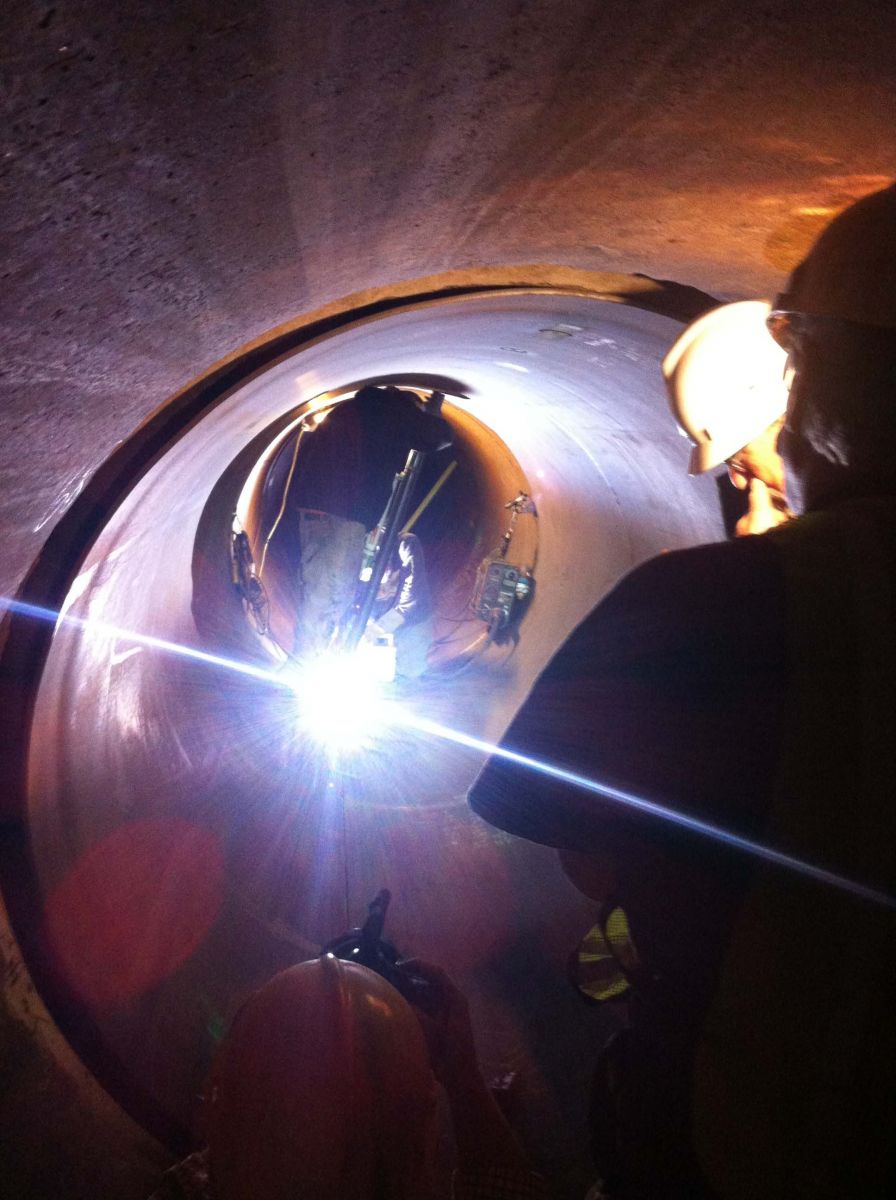 There are no additional Multimedia items for this project.

If your group or organization would like a project update presentation, please contact us at (877) 682-9283, Ext. 7004 or e-mail us at CIPinfo@sdcwa.org . Please include your organization’s name and contact information as well as date/time of presentation requested.

Click here to view the report and other environmental documents for this project.

For more information, please call the 24-hour toll-free project information line at (877) 682-9283, ext. 7005 or email CIPinfo@sdcwa.org. A representative from the project team will return your inquiry within one business day.