What is the latest?

October 16, 2013, marks the tenth anniversary of one of the most important water accords in the history of the Southwest and a major achievement for enhancing San Diego County’s water security – the 2003 Colorado River Quantification Settlement Agreement. Supplies related to the multi-party pact now account for nearly 30 percent of our region’s water, and they will continue to grow in the years ahead. 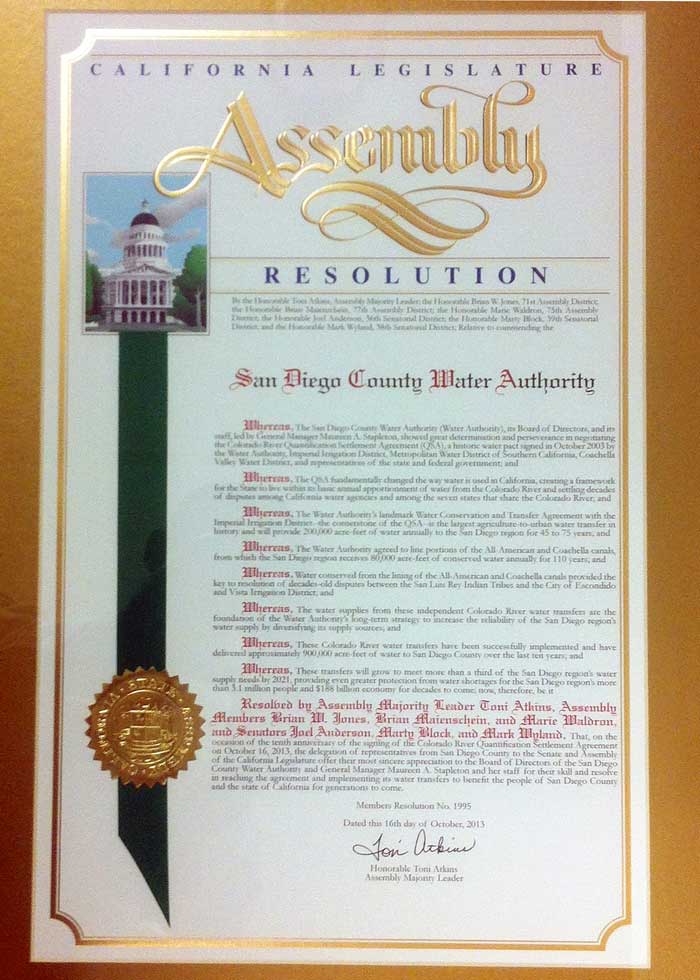 Resolution commemorating the tenth anniversary of the landmark Colorado River Quantification Settlement Agreement of 2003. The agreement – known as the QSA – is a cornerstone of the Water Authority’s water supply diversification strategy. It provides unprecedented access to highly reliable water supplies that help fuel our economy and protect the region from devastating water shortages. To view the resolution language, click on image above.

The QSA encompasses almost three dozen individual agreements that created far-reaching benefits by fundamentally changing the way Colorado River water is used in California. For San Diego County, the accord provides unprecedented access to highly reliable water supplies that help fuel our economy and protect the region from devastating water shortages. For the state of California, it created a framework for living within its basic annual apportionment of water from the Colorado River. Reducing California’s overdependence on the river has fostered greater collaboration on water issues across the Colorado River Basin.

In 2013, the San Diego region will receive approximately 180,000 acre-feet of water from QSA-related sources – a conservation-and-transfer agreement with the Imperial Irrigation District and water conserved by lining earthen portions of the All-American and Coachella canals. The schedule for water deliveries is ramping up so that by 2021, the Water Authority will receive 280,000 acre-feet of water from these sources combined each year. That’s enough to serve more than a half-million typical families of four each year and meet roughly a third of the region’s water demand in 2020. The water transfer with IID will last up to 75 years, and the canal lining transfers will last 110 years. 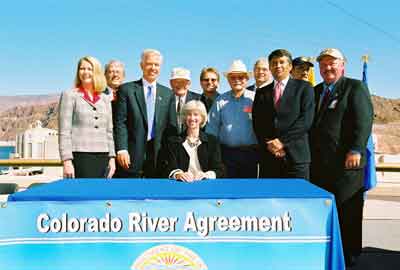 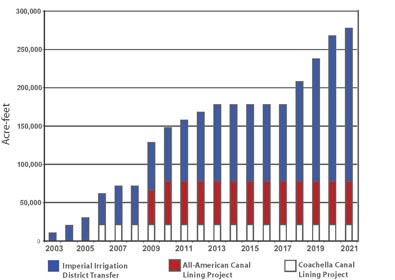 San Diego County not only will benefit from the increased quantity of independent Colorado River water, but also from the senior water rights held by IID that make the transfer water more reliable than imported water from the Metropolitan Water District.  Because the transfer water is not purchased through MWD, these supplies also will not be cut back if drought or regulatory restrictions prompt MWD to reduce its deliveries.

In addition, the Water Authority will benefit from the price stability afforded by the transfers. While those supplies currently are more expensive than imported water from MWD, MWD’s rates have increased dramatically and unpredictably in recent years, while the cost of the Colorado River water transfers are governed by contractual limits that gives the region greater cost certainty over time. 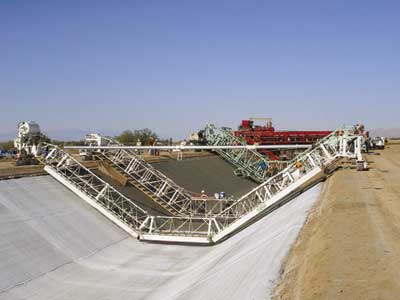 Conservation Agreement Among the Bureau of Reclamation, IID, CVWD, and SDCWA

Approximately a dozen of the nearly three dozen agreements that comprise the QSA have been the subject of several legal challenges, and to date it has withstood those challenges. In December 2011, California’s Third District Court of Appeal upheld the QSA against allegations that it violated the California Constitution and certain statutes.  After rejecting the challenges, the appellate court remanded the case to the trial court to decide remaining issues, including whether the QSA  was properly reviewed under California Environmental Quality Act.  In July 2013, Sacramento Superior Court Judge Lloyd G. Connelly rejected the remaining legal challenges. Appeals of elements of Connelly’s ruling have been filed and are working their way through the courts.  A federal court challenge was also rejected by the district court, but that decision is also pending appellate review. The water transfers and other activities contemplated by the QSA have continued throughout the course of the legal challenges.