Following a drought that resulted in major water supply reductions for San Diego County in the early 1990s, the Water Authority and its partners forged an ambitious plan to enhance the region's water supply reliability so the region would never again rely almost entirely on a single source of supply. At the time, the Water Authority relied on the Metropolitan Water District of Southern California for about 95 percent of its water supplies. 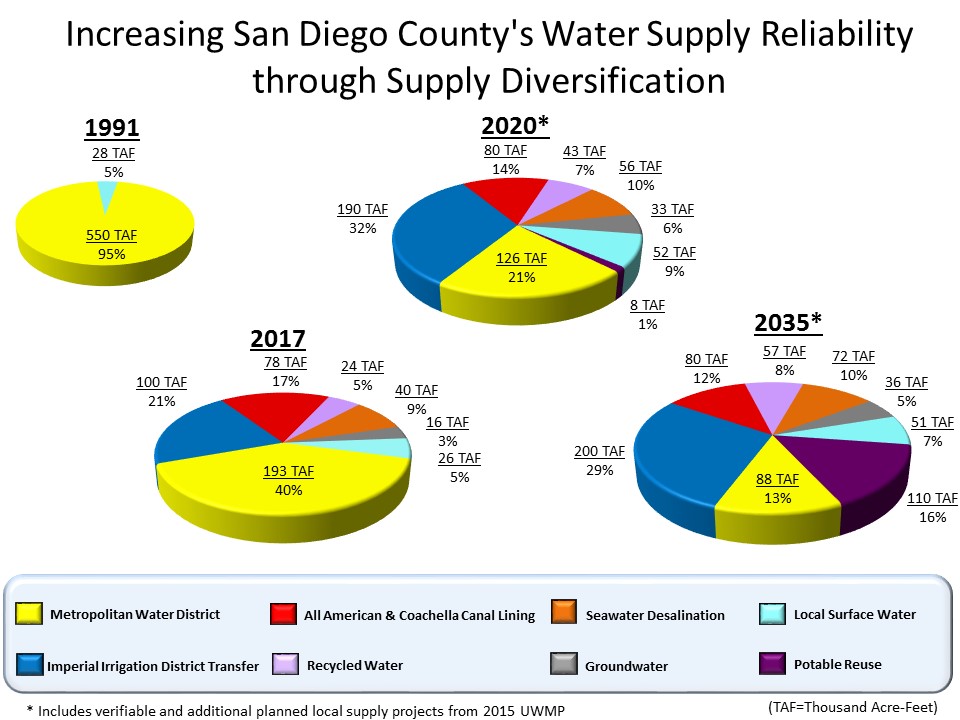 The cornerstone of the water supply diversification strategy was the landmark Colorado River Quantification Settlement Agreement of 2003. Three long-term water transfers at the heart the QSA are especially important for the San Diego region -- a 45- to 75-year agreement between the Water Authority and the Imperial Irrigation District that will provide 200,000 acre-feet annually, and two canal-lining projects that are providing San Diego County with approximately 80,000 acre-feet of conserved water annually for 110 years. That water comes from constructing concrete-lined sections of the All-American and Coachella canals in Imperial Valley to conserve water that was previously lost to seepage from earthen canals. Together, Colorado River transfers will account for enough water to serve roughly 560,000 homes when deliveries hit their peak in 2021. 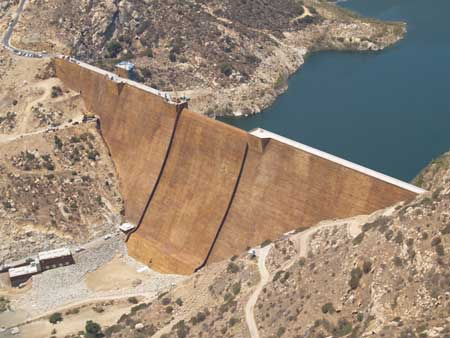 The diversification strategy also includes a $2.8 billion capital improvement program to ensure adequate water treatment and storage capacity and enhance the movement of water around the county. Major components of the plan are nation's tallest dam raise -- at San Vicente Dam -- and the Twin Oaks Valley Water Treatment Plant in north San Diego County, one of the largest advanced submerged membrane treatment facilities in the world.

In addition, the Water Authority is receiving drought-resilient water supplies from the Claude “Bud” Lewis Carlsbad Desalination Plant, the largest seawater desalination plant in the nation. It provides up to 56,000 acre-feet per year under a 30-year contract, providing a long-term, local supply that’s especially valuable when imported water deliveries are reduced.

The Water Authority's efforts have substantially improved the region's water supply reliability and have even become a national model, according to an independent think tank. Today, the Water Authority buys about half of its water from MWD, and that percentage will continue to shrink as new, locally controlled sources come online.