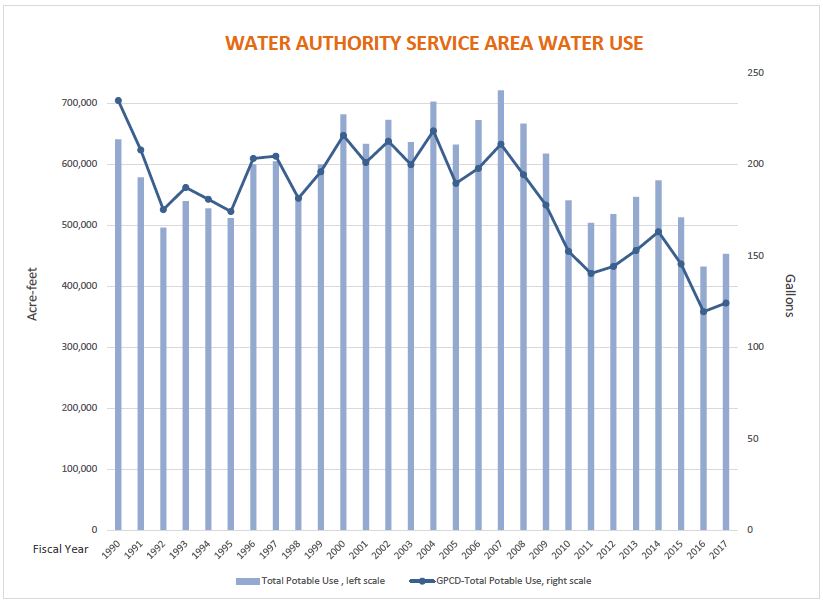 Per capita water use in the Water Authority’s service area has fallen from more than 200 gallons per person/day to less than 120 gpcd over the past decade, as shown in the chart to the right. In 2016, total regional use of potable water was about 33 percent less than it was in 1990, despite a population increase of approximately 32 percent over that period.

The table below details regional water use (excluding recycled water) by month and year. It shows that total potable water use for the Water Authority service area for the 12 months ended July 2018 was up 9 percent compared to the year-earlier period. Urban (Municipal and Industrial) potable use for the same period was up 8 percent. For July 2018, total potable water use was up 3 percent over the same month a year earlier.

1 Excludes reclaimed water.
2 In order to provide for a meaningful comparison, 2007 M&I water use was adjusted for 2009-2011 IAWP and SAWR opt-out volumes that convert to M&I water use.
Note: Tables reflect most current data.

The San Diego County Water Authority is partnering with the Scripps…