A San Francisco Superior Court judge ruled in a tentative decision on July 15 that he would require the Metropolitan Water District of Southern California to pay the San Diego County Water Authority $188.3 million plus interest for illegal water rates MWD charged from 2011 to 2014.

“San Diego has proven by a preponderance of the evidence that it was in fact damaged by paying conveyance rates that were higher than Met could have set pursuant to applicable law and regulation,” Judge Curtis E.A. Karnow wrote in his tentative decision. 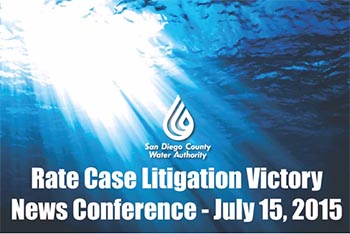