When in Drought Campaign Partners

Thank you to all the businesses and organizations that took action to help us promote increased water conservation. Thanks to your efforts, the San Diego region reduced water use by 21 percent since June 2015 in response to emergency state mandates, beating the state’s aggregate target of 13 percent.

Qualcomm is a When in Drought campaign partner through the launch of a global employee water conservation campaign that aims to help increase awareness about water use and challenge its employees to use less water in their daily lives. 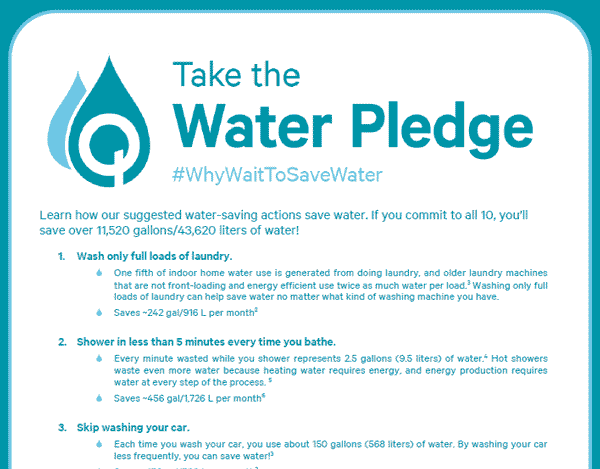 Throughout the month of October, Qualcomm’s employees have the opportunity to commit to doing one or more water-saving actions. For example, employees can avoid washing their cars for the month of October, which would save approximately 150 gallons of water. Other actions tackle “invisible water,” the water that goes into producing food, beverages, and other products. For example, choosing to eat vegetarian one day per week would save roughly 7,000 gallons a month. 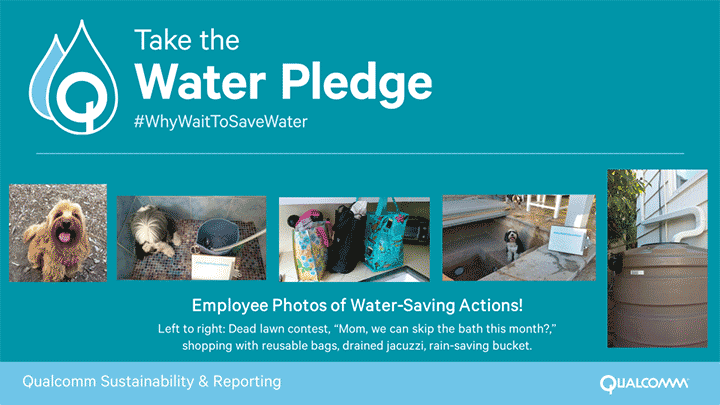 Qualcomm also published a blog, “Why Wait…to save water,” and is promoting the hashtag, #whywaittosavewater, through its social media platforms. Qualcomm is also sharing tips and other materials from the When in Drought campaign to its employees.

In addition, Qualcomm is committed to responsible water management, both in its facilities and through its products. For instance, Qualcomm’s headquarters employs an advanced water treatment system that reduces the water used in the cooling towers of its new cogeneration plant by more than 5.4 million gallons annually. 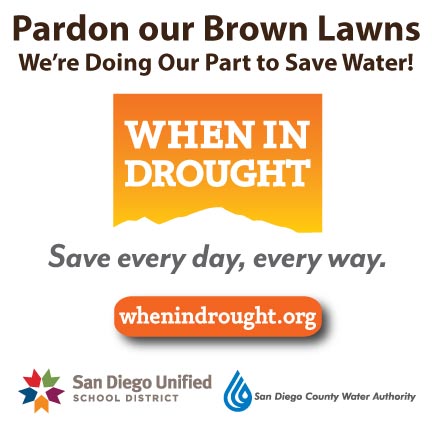 The district placed the signs before the beginning of the school year in September at various school landscape locations where the district is restricting irrigation.

Armstrong Garden Centers is known for “green” gardening practices that have a positive impact on the San Diego County community.

Armstrong is partnering with the When in Drought campaign by:

Understanding that its customers have busy lives but also want to help the environment, Armstrong offers eco-friendly solutions like the recycled bottle packs, biodegradable bags, water-wise plants, and organically grown vegetables and herbs in biodegradable pots. Armstrong also recycles the water it uses in its three growing facilities by collecting 100 percent of its irrigation water using a system of canals and holding ponds and using a filtration system to blend recycled water with potable water.

Media Services Advertising World Wide, a Carlsbad-based company that specializes in managing out-of-home advertising opportunities at various locations, also is partnering with the When in Drought campaign by making outdoor sign and billboard locations available for no placement cost. Signs with the Water Authority’s drought messaging and creative were installed at 12 locations throughout the Santee Trolley Square, Carmel Mountain Plaza and Grossmont Center, and will be placed at 20 billboard locations throughout the region. These placements will run for a minimum of four weeks and remain posted up to one year based on space availability.

Billboard advertisement on University Ave. promotes watering your landscape no more than two days a week and letting your lawn get a tan.

San Diego Gas and Electric (SDG&E) is partnering with the When in Drought Campaign by promoting water and energy savings through distribution of water-efficient devices and bill inserts with water conservation information. SDG&E also offers rebates on water-efficient clothes washers. 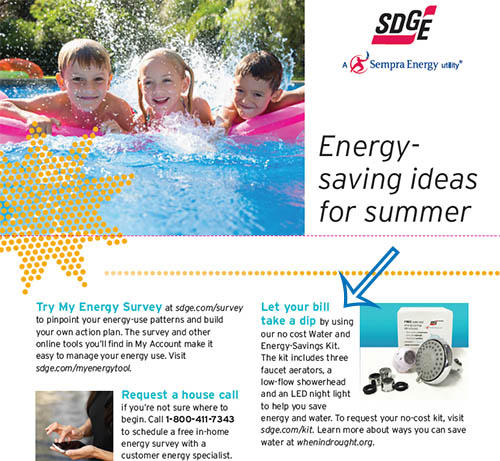 SDGE distributed  950,000 summer bill inserts including information on the drought and water and energy-saving programs.

p>SDG&E is distributing 10,000 water-efficient spray nozzles in its water-energy efficiency kits that are disseminated to single-family homes through SDG&E’s Residential Energy Savings Assistance Program. The program assists eligible customers based on income and household size, or by the household’s participation in certain public assistance programs. The kits also include educational materials and water-and energy-efficiency devices, including aerators and showerheads.

SDG&E also is distributing 950,000 summer bill inserts including information on how customers can save water by requesting a Water and Energy-Savings kit from SDG&E. The bill inserts also include the whenindrought.org website to encourage residents to save water and learn more about state-mandated restrictions during the drought.

SDG&E also offers a $50 rebate on an ENERGY STAR® clothes washer. ENERGY STAR® labeled models meet strict energy efficiency guidelines set by the Department of Energy and the Environmental Protection Agency (EPA) and cost less to operate than standard models because they use about 30 percent less energy and more than 50 percent less water than regular washers.

San Diego Zoo Global is partnering with the When in Drought campaign by: 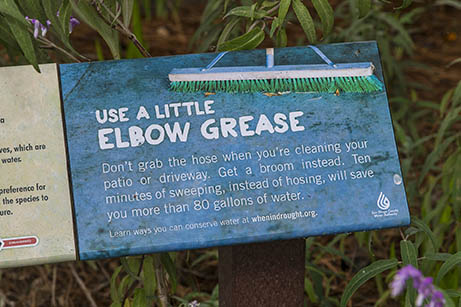 For instance, San Diego Zoo Global recycles more than 16 million gallons of water annually and uses that water to support its horticultural collection at the San Diego Zoo and the San Diego Zoo Safari Park.  In addition, the Zoo uses water-saving technologies such as low-flow toilets, water reclamation ponds and evaporation-reducing mulch around plants. 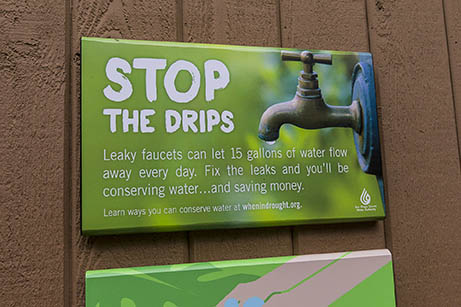 To help provide more renters with drought and conservation-related resources, the Water Authority partnered with MG Properties Group, a property management company of apartment communities in East and North counties and near San Diego State University. Staff provided artwork to MG Properties Group to distribute door hangers to tenants at more than 2,000 apartment units throughout the county. The door hangers included water conservation tips and directed tenants to whenindrought.org for additional drought-related information. Toilet leak detection tablets were included with the door hangers, and tenants were encouraged to contact their landlord if they have a leak so they can be fixed immediately.

The San Diego Community College District is raising awareness of the need for increased water conservation by promoting the “When in Drought” campaign on digital message boards in buildings on its three campuses and in its district office. 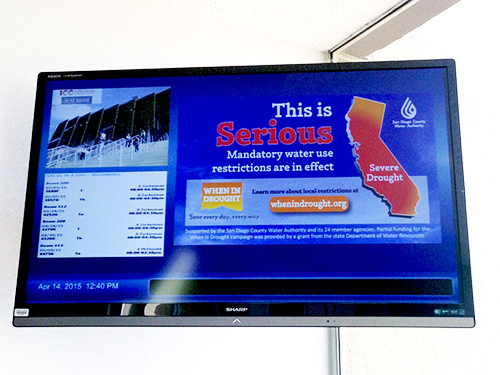 Digital message boards with "When in Drought" messaging.

The District also has installed computer-driven irrigation systems that measure the amount of moisture in the air and in the soil to water landscapes more efficiently.  These systems saved more than 37 million gallons of water districtwide during a one-year pilot project.  Landscape designs using native and Mediterranean plants, along with mulch, gravel and boulders, are saving millions of gallons annually.

The Water Authority and San Diego Union-Tribune are partnering to provide timely information about water conservation every Saturday in the Home & Garden section of the newspaper and online. The Union-Tribune publishes a question-and-answer column called “Dear Drought Fighter” to help San Diego County residents make the most of limited water supplies during a severe statewide drought. The short items feature a range of practical ideas, resources and tools to help cut water use at homes and businesses.

Residents who send questions to the Water Authority at droughtfighter@sdcwa.org will be eligible for free water conservation devices and items provided by Water Authority partners.

The Food and Beverage Association of San Diego is encouraging its member establishments to follow new state water-use restrictions, including serving water to customers only upon request.  It also is calling attention to this practice and promoting increased water conservation around the region by providing thousands of “When in Drought”-themed table tents and coasters to its members. 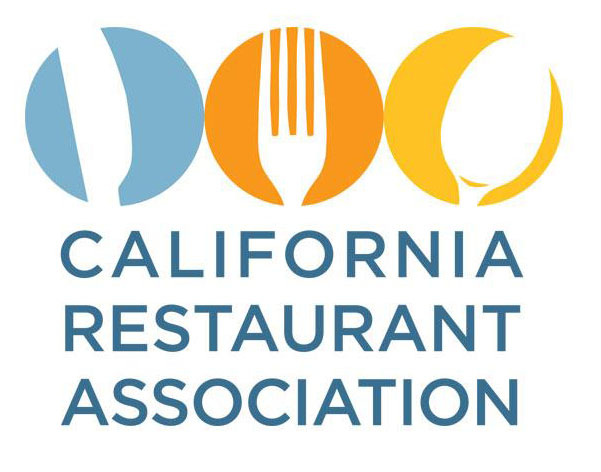 The California Restaurant Association, San Diego Chapter is encouraging its members to follow new state water-use restrictions, including serving water to customers only upon request.  It also is calling attention to this practice and promoting increased water conservation around the region by providing thousands of “When in Drought”-themed table tents and check cards to its members. 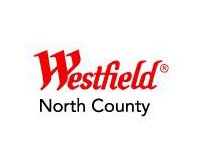 Westfield North County has helped promote drought awareness and the need for increased water conservation by running “When in Drought” campaign messages on its digital message pylon next to Interstate 15, which is seen by tens of thousands of drivers and passengers every day. 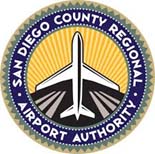 The San Diego County Regional Airport Authority and its advertising services firm, JCDecaux, have promoted the need for increased water conservation by placing “When in Drought” campaign signs in the terminals of San Diego International Airport on a space-available basis.  More than 18 million passengers traveled through the airport in 2014. 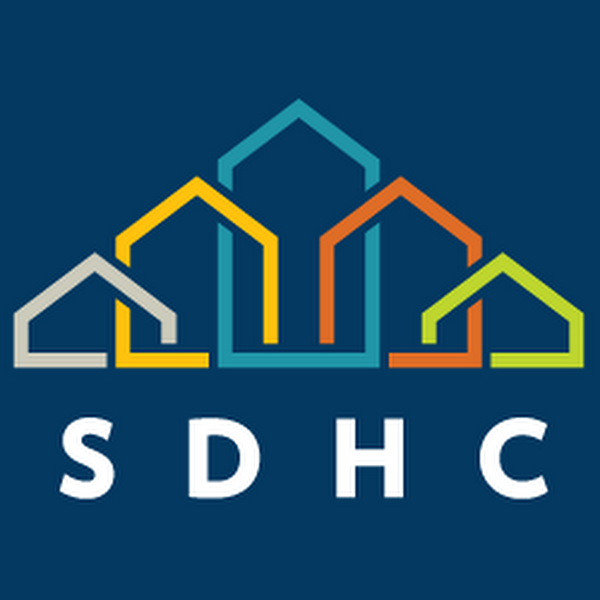 The San Diego Housing Commission is responding to drought conditions and state water-use reduction mandates by eliminating the irrigation of lawns at its apartment properties.  Tenants who live the commission’s single-family rental houses also are being told to limit their outdoor watering and are being encouraged to let their lawns go brown as well.  The commission also is providing fliers to its 2,500 tenants with water conservation tips and other resources available at whenindrought.org. 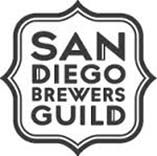 Beer without water is very crunchy! The San Diego Brewers Guild is promoting increased water conservation and the When in Drought campaign in its comprehensive Craft Beer Map & Guide.  The Brewers Guild distributes tens of thousands of copies of this this popular brochure to breweries, restaurants, hotels, tourist destinations and craft beer lovers throughout the region.

The Water Authority and its 24 member agencies…

After securing more than $350 million in “Water Stewardship Rate” benefits…